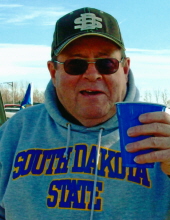 The funeral service for Kenneth Daly, 74, Columbia, SD is 11:00 am, Saturday, May 9, 2015 at the Columbia Congregational United Church of Christ. Pastor Emily Munger officiating. Burial will be in the Lakeview Cemetery followed by a luncheon to be held at the Columbia Legion Hall. Ken died on Monday, May 4, 2015 at his home.

Kenneth Richard Daly, son of Richard Franklin and Marjorie (Elliott) Daly was born on February 10, 1941. He attended Daly Corners Grade School and went on to graduate from Columbia High School in 1958. Following his graduation from South Dakota State University in 1963 with a degree in Animal Husbandry, he began farming and cattle feeding with his father.

Ken was united in marriage to Karen Durheim on August 18, 1963 and to this union three sons were born.

For many years Ken was active in numerous projects in Columbia. In the late 1970’s, he and others were responsible for the renovation of the Columbia Softball Field. In 1979, he served as Columbia’s Centennial Chairman, with one of the largest crowds ever witnessed in Columbia in attendance.

Ken served as president of the Brown County Fair Board and was also a member of the South Dakota Stock Growers and South Dakota Livestock Feeders. For many years he also served as the bugler for Memorial Day services and many funerals in the Columbia area for the Roy L. Hall American Legion Post #58.

Ken always enjoyed “Tailgate Weekends” with friends held prior to SDSU home football games. For 34 years, he also served as “Commissioner” of a fantasy baseball league in Aberdeen. Ken’s greatest joy came from the time he was able to spend with his grandchildren and following the Twins and Vikings.

Ken was preceded in death by his parents.

SDASASA Info Menu
ASA/USA SOFTBALL LINKS
Warning: "continue" targeting switch is equivalent to "break". Did you mean to use "continue 2"? in /home/sdasasof/public_html/content/modules/mod_sr_menu/helper.php on line 88

Warning: "continue" targeting switch is equivalent to "break". Did you mean to use "continue 2"? in /home/sdasasof/public_html/content/modules/mod_sr_menu/tmpl/select_list.php on line 33