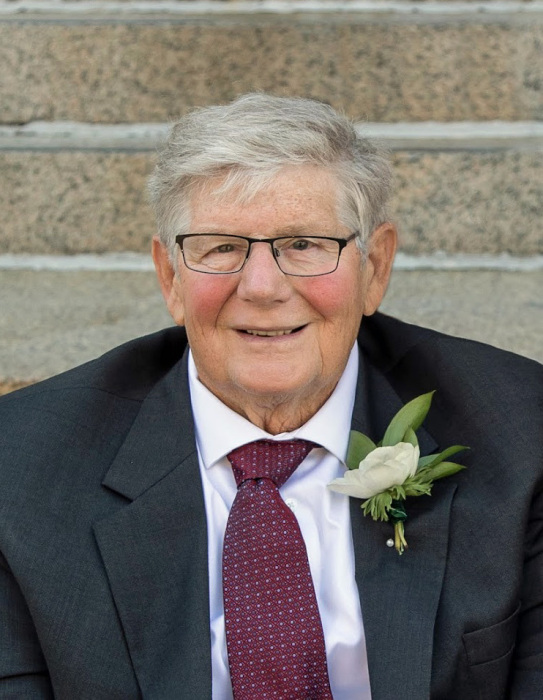 Ronald Settje, of Corona, SD, was brought to his heavenly home on Tuesday, March 29, 2022, surrounded by his family at the age of 70.

Funeral services will be held on Monday, April 4, 2022, at 11:00 a.m. at Emanuel Lutheran Church in Milbank. Visitation will be held on Sunday, April 3, from 5:00 p.m. to 7:00 p.m. at Mundwiler Funeral Home in Milbank. Visitation will continue one hour prior to the service at the church on Monday. Reverend Timothy Koch will officiate the service and interment will be at Milbank Cemetery.

The service will be live-streamed and recorded and viewable.

Ronald Fredrick Settje, son of Marvin and Selma (Steinberg) Settje, was born on January 28, 1952, in Milbank, SD. He was baptized and confirmed at Trinity Lutheran Church in Corona and was a member of Emanuel Lutheran Church in Milbank. Ron attended school in Corona and graduated in 1970. Ron was a gifted athlete in high school. He was an all-state basketball player and held the school record for the shot put. After graduation, Ron attended Dakota State College in Madison, SD. While attending college, Ron received an athletic scholarship for baseball where he played the position of catcher and was named to the 1973/74 SDIC All Conference and NAIA All-District teams. In May of 1975, Ron received a Bachelor of Science Degree in Education.

After college graduation, Ron became a general foreman of the Systems Steel Gang with the Milwaukee Railroad. After his father’s death, Ron moved back to Corona where he became Owner/Operator of Corona Grain & Feed with his brother, Jerry. In 2014, his son, Christopher, joined the brothers as a third-generation owner. Ron was actively involved in the business from 1979 until he retired in 2018.

Ron married Laurie Konstant on May 1, 1982, at Emanual Lutheran Church in Milbank. They had three children: Christopher, Craig, and Catherine. Some of his favorite activities with his children were teaching them to hunt and fish and coaching them and their classmates in grade school basketball. Ron loved watching his kids in sports and was a lot like his father, Marvin, with his ‘sideline coaching abilities’.

It is hard to count the number of awards and honors Ron received during his days of playing sports. He stayed active in many sports after college including bowling, baseball, and fast pitch softball. One of his many accomplishments was being part of the 1979 Corona fastpitch team who were crowned state and tri-state regional champions.

As an avid outdoorsman, Ron never said no to an opportunity to go fishing or hunting with his family and friends.  He had his last fishing trip in February of 2022.

One of the most important things Ron loved besides his family and faith was the town of Corona. As a strong supporter of Corona, Ron was always willing to lend a hand to anyone who needed it. He was active in the Corona Fire Department as Captain and Secretary/Treasurer and was instrumental in raising funds for the Corona Community Center/Fire Hall and firefighting equipment.

Ron was a strong and courageous man braving cancer for 20 years. Even through all the tough times, he always kept his great sense of humor and positive attitude.

He was preceded in death by his father, Marvin Settje; father-in-law, Elwood Konstant; mother-in-law, Sylvia Konstant; and sister-in-law, Beverly Settje.