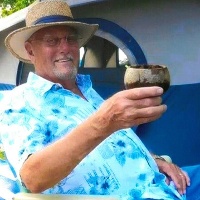 David Leroy Reichelt, age 84 passed away peacefully surrounded by family and friends on July 11, 2019 at Doherty Hospice House in Sioux Falls SD. Funeral Services will be 10:30 AM Tuesday, July 16, 2019, at Will Funeral Chapel, followed by burial at Woodlawn Cemetery in Sioux Falls.  Visitation will be from 5:00 Pm to 7:00 Pm Monday, July 15, 2019, at Will Funeral Chapel in Mitchell, South Dakota.

David was born to John and Constance Reichelt in Sioux Falls SD on December 9, 1934.  He spent his childhood growing up on the family farm near Lennox SD where he attended country school and later graduated from Lennox High School.

He served as a USDA Government Meat Inspector for John Morrell, Dakota Pork in Mitchell and Jacks Links in Alpena from 1968 to 2000.  He retired in January 2000 to care for his wife who was suffering from ovarian cancer.

David had many passions.  He was heavily involved in Men’s slow pitch softball for Clem’s softball team.  He and Clem Haden were the first inducted into the ASA Softball Hall of Fame in 1983 in the Men's slow pitch division.  He also held many officer positions and proudly coached several teams in Mitchell, SD.  Even after his retirement from softball, he was always greeted with the familiar “COACH!” on his weekly visits to the VFW.

He thoroughly enjoyed his many “guy trips” with his 3 sons, taking in the beautiful river sunsets and cruising down the river for Walleye.  He always looked forward to his yearly “family camp” in Chamberlain SD that included kids, grandkids and great-grandkids. Anyone that knew David knew he was an avid Minnesota Vikings and Twins fan.

David is preceded in death by his wife Audrey, his parents John and Constance and his brother Alfred Dean.